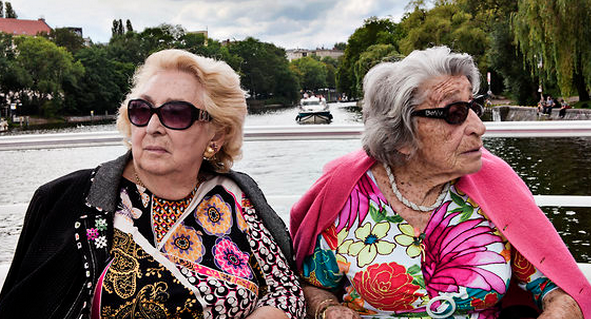 Roots & Recipes presents Oma & Bella, a film screening with a twist. Because Oma & Bella centres around food, we will be preparing some recipes from the film (and the accompanying illustrated cookbook) to eat during the screening. The filmmaker, Alexa Karolinski, will be present for a discussion after the film. (**due to the recent passing of one of the film’s protagonists, Bella, Alexa will be unable to attend the screening)

We are asking for volunteers to help us prepare food before the event – volunteers will get to eat and watch the film for free! Please email us at rootsandrecipes {@} gmail {.} com if you would like to learn some new recipes and cook with the Roots & Recipes team (**UPDATE – all volunteer spots have been filled).

When: April 13th, 2014. 4pm for volunteers/6pm for film screening
Where: Santropol Roulant,
How much (all ticket prices include food tasting, there will be vegetarian options): $15/$10 for students/$20 for 2 tickets if you bring a grandparent. Free for food prep volunteers!
Click here to buy your ticket now!

More about the film:

Oma & Bella is an intimate glimpse into the world of Regina Karolinski (Oma) and Bella Katz, two friends who live together in Berlin. Having survived the Holocaust and then stayed in Germany after the war, it is the food they cook together that they remember their childhoods, maintain a bond to each other and answer questions of heritage, memory and identity. As the film follows them through their daily lives, a portrait emerges of two women with a light sense of humour, vivid stories, and a deep fondness for good food. Created by Oma’s granddaughter Alexa, the film captures their ongoing struggle to retain a part of their past while remaining very much engaged in the present.