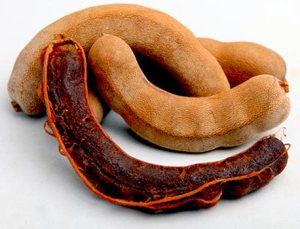 Tablet Magazine recently published two articles that each highlight an ingredient from Hungarian and Syrian-Jewish cuisine: paprika and ou’ (tamarind concentrate), respectively. These two cuisines happen to make up part of my own lineage, which I talk a bit about here. My grandmother always said that Poopa Dweck’s book Aromas of Aleppo came closest to her own family recipes – with small exceptions here and there. One of those happens to center around ou’. My grandmother never used this in her stuffed zucchini – the tart flavour comes primarily from lemon and from the apricot. Dweck’s recipe does contain the tamarind concentrate. I never really gave this much thought, knowing how traditional recipes can differ from region to region and from family to family, but after listening to this short podcast with Dweck in which she explains that ou’ is really a thread throughout the cuisine, which when prepared correctly should be ‘lip-smackingly’ sour, a story my grandmother told (which can be heard in this video) came to mind.

My father didn’t like things too sour. When he came into the house and my mother was cooking he could tell if the dish was too sour – without tasting it – by the smell. If it was very sour, he would say “It’s too sour!!”

Could this aversion to things being too sour have caused my great-grandmother to eliminate ou’ from her version of the dish? With my grandmother’s generation now completely gone, I’ll probably never know, but I think the anecdotal evidence is strong. When I made the video with my grandmother it was shared with relatives around the world, many of whom continue to make this dish at home from my grandmother’s ‘recipe’ – not from Dweck’s book – so without the tamarind. Little did my great-grandfather know that he may have reinvented this traditional Aleppian recipe! Though next time I make it maybe I’ll try it with ou’, and see what all the fuss is about.

Listen to the podcast here:

One thought on “With ou’ or withou’t”