“We are just a DIY kind of family”

Driving into Montreal West feels like arriving in a small town: there are rows of independent businesses, single-family homes, Canadian and Quebec flags lining the road, and beautifully designed gardens. Rebecca and I pull up into near one of these houses and immediately find ourselves surrounded by dozens of potted flowers, blooming under this July heat.

“Welcome!” Sydney says as she opens the door, while her dog, Clark Kent, eagerly sniffs our hands. She introduces us to her fiancé, Will. Both are wearing shorts and light short-sleeved shirts and are very exited about the continuing preparations for their wedding, which is  now only a few weeks away. We enter Sydney’s parents home, and are immersed into the intense preparation for the wedding. “We are just a DIY kind of family,” Sydney explains. She goes through the long list of hand-made items for the wedding: kippas hand-crocheted by Sydney and her mother; the forest of flowers we passed in the drive-way will be each table’s potted center-piece; Sydney’s wedding dress was sewn by her mother; the homebrewed beer her brother is making for the reception. To top it all off, the couple is making a zine telling the story of their courtship. Every thing is carefully crafted with love and memory. We’re here to document one more act of DIY wedding prep: canning dozens and dozens of jars of pickles. 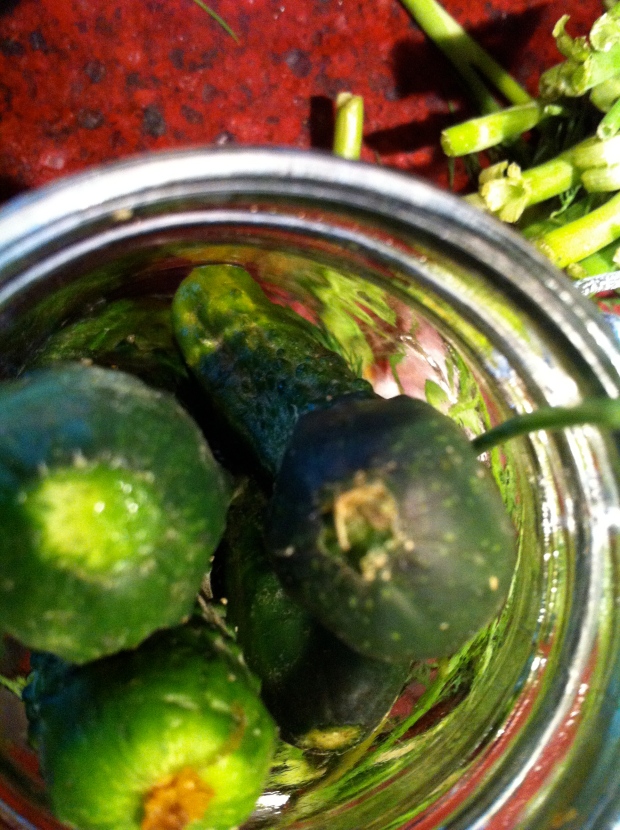 The story, which originates back in Russia when pickling was an essential part of survival and enjoyment of the harsh winters, is interwoven with Sydney and Will’s tale. When Will first went to Sydney’s house, Sydney’s mom asked Will if he’d ever tasted a home-made pickle. Will said he didn’t know such a thing even existed. Although early July is not quite the right time for pickles (usually, cucumbers get fully ripe in August), Sydney’s mom was able to find a local farm that had enough small cucumbers for our impromptu pickle factory. 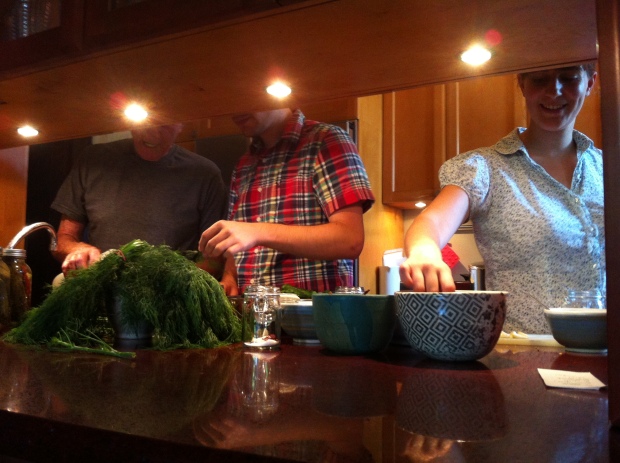 Grandfather Harold came from Toronto to preserve this summer’s harvest and also to preserve a tradition that has been passed down for generations in the family. But this year is not quite the same as last year–Grandma Barbara is not here to help out anymore. A few months ago, Harold’s wife, Sydney’s grandmother, passed away. “This is a sad and happy day,” Harold tells us, holding up a finished pickle jar to show his granddaughter. It is the first time Harold has made these pickles without his wife in decades. In a normal year, they can about a dozen jars of pickles, which last the family until the following August.  This year’s batch is a little more ambitious. This year, Harold and Sydney are making 146 jars—one for each guest at Sydney and Will’s wedding. 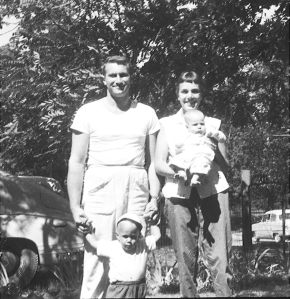 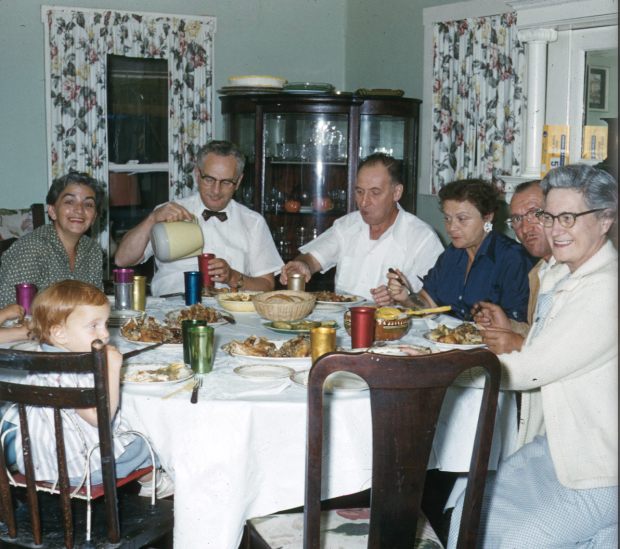 Eddie and Minnie (Harold’s parents, left; it is originally Minnie’s pickle recipe), Harry and Rose (Barbara’s parents; on the right) enjoying some pickles

Between the pots of boiling water and the July heat, the kitchen is steamy, but everyone helping out remains relaxed and joyful.  And surely, “Grandma Barbara is smiling down” on all these preparations, Harold gently reminds us at the end of the pickling. 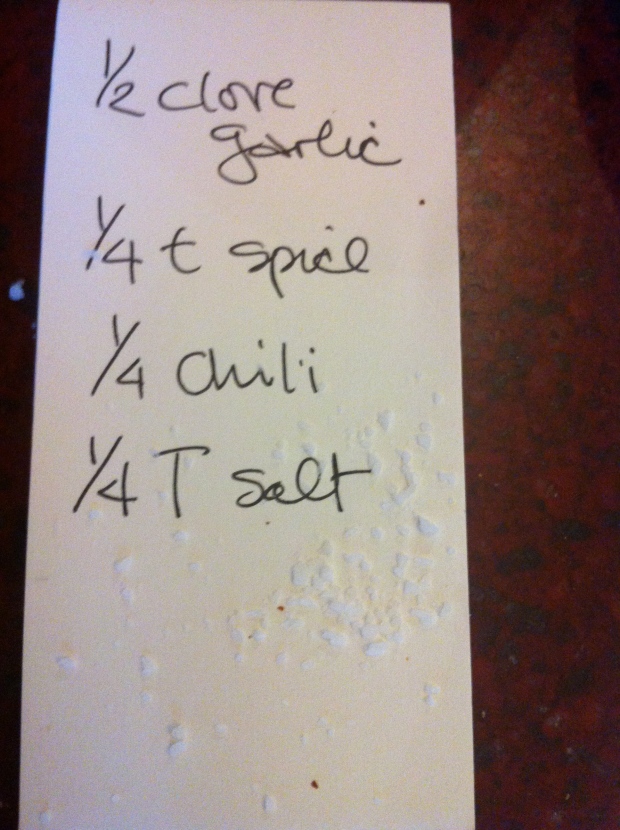 One thought on ““We are just a DIY kind of family””